A geographic information system office and a chief data officer are in store following a governor's veto of the bill that would have slashed the state technology budget and canned dozens of staff. 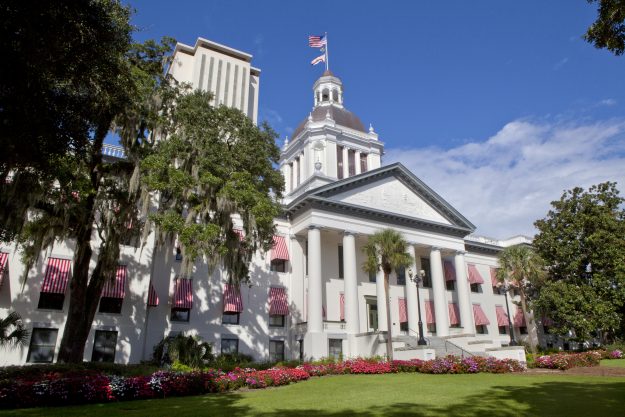 After a months-long debate in the state legislature capped by a solid gesture of support by the governor, Florida's Agency for State Technology has escaped possible dissolution and is preparing to expand its role.

A budget committee decided in May that AST would not be dismantled. And if there was any lingering sense that the agency was in trouble, Gov. Rick Scott vetoed the weakened bill on June 26, ending an ordeal that stretched the patience of state technology leaders while also testing the young agency's mettle along the way.

AST, which was formed in 2014 as the fourth iteration of a Florida state technology office within the past 12 years, will continue on with new appropriations for a geographic information system (GIS) office and chief data officer. House Bill 5301, sponsored by Republican Rep. Blaise Ingoglia, was deemed by the governor to be potentially "burdensome" for state agencies. Scott's veto letter explains the legislation contained "overly prescriptive language" and would have created "an inflexible landscape" that "discourages innovation business change."

The bill was an attempt to drastically scale back the state's technology personnel and role in operations, including a $6.1 million budget cut. Ingoglia cited the "shocking" trend of open positions in the state's data center — 21 percent — as evidence of waste and failure by the agency to perform its function. Original versions of the bill would have removed dozens of staff members and reduced the roles of the remaining skeleton crew to a purely advisory capacity.

Later versions of the bill were less radical, but a budget signed by the governor last month defunded several named positions, including the deputy executive director, chief planning officer, chief technology officer, and chief operations officer. The bill also proposed new requirements, like a minimum of 10 years of executive experience for the state chief information officer.

Without a companion bill in the Senate, the legislation failed to move forward, and even its passage through the House was always with questionable support. During an early hearing, Republican Rep. James Grant noted that while he believed the bill violated "every principle of open government and an open architecture and everything we've worked on for the last four years," he voted in favor of it, he said, because he had "faith" in the bill's sponsor.

The veto was widely supported by the local technology and government community, including the Florida Technology Council. Council Executive Director James Taylor told StateScoop he was grateful for the executive support shown by the governor.

"Florida's IT infrastructure needs have made great progress since AST was created and their work needs to continue," Taylor said. "Moving forward, our members would like to see AST receive the full support of the legislative and executive branch both in terms of time and money so that we can continue to see improvements."

Florida TaxWatch was similarly supportive, calling AST "a critical piece" to ensuring the state's smooth operation. CEO Dominic Calabro said, "Before AST came along, Florida’s IT systems were severely disjointed and sub-optimized. … Since the formation of AST, our IT systems have turned around significantly."

Former Democratic state Sen. Jeremy Ring, who is now running for Florida's chief financial officer in 2018, also supported the governor's veto, noting that the bill would have put "in peril the personal data of millions of Floridians."

The vetoed legislation was preceded by an audit, however, that called into question of the technology agency's ability to protect state data. The audit found 12 violations of rules and state laws, including access privileges for some IT staff deemed inappropriate by the auditor and risk to the state's cybersecurity. Former state Chief Information Officer Jason Allison ended his two-year run with the state, leaving for a position in the private sector shortly after the audit became public.

State CIO Eric Larson, who was named the permanent replacement to Allison earlier this year and now awaits Senate confirmation, told StateScoop in an email that AST is now working on several new initiatives, including the selection of a chief data officer. The state advertised the position in June, he said, and the agency received "a lot of interest."

"We hope to start the interview process [for the chief data officer] later this month," Larson said. "We’re [also] fine-tuning the qualifications and requirements for the position who will head up the Geographic Information Office [and] hope to have someone on board this fall."

"As you know, cloud strategy is very important and we want to make sure agencies have the resources to make those business decisions at the application level," Larson said. "Additionally, AST is again working with the Florida National Guard to host a hands-on cybersecurity training next month."